Thank You to the Three Robins

Working on the Highlands Cashiers Plateau Vaccine Initiative has been a life-changing adventure. But one added benefit was many new friendships among those who volunteered together working hard to get people vaccinated. 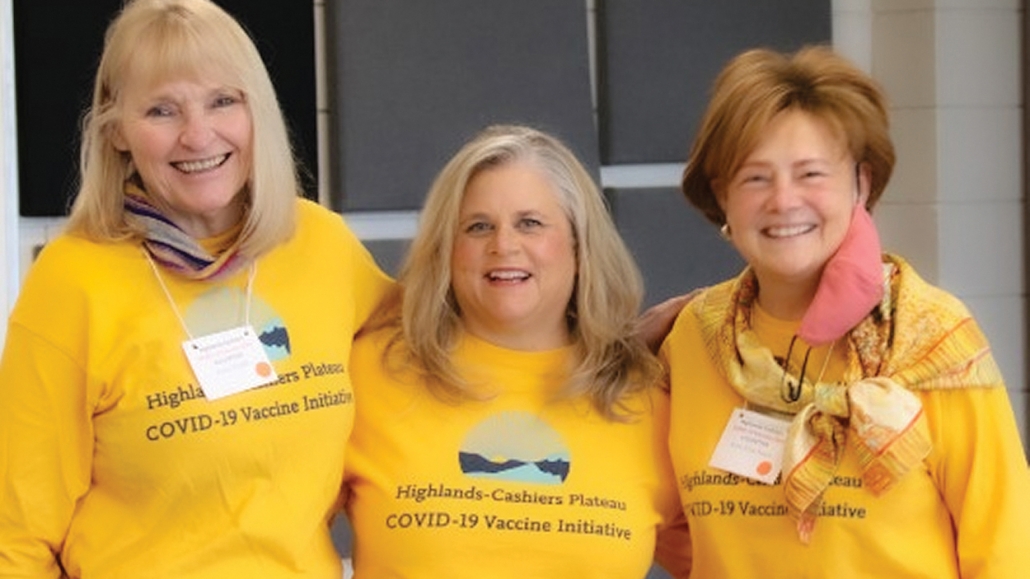 Working on the Highlands Cashiers Plateau Vaccine Initiative has been a life-changing adventure. But one added benefit was many new friendships among those who volunteered together working hard to get people vaccinated.

A funny thing happened. Three women named Robin, who did not know each other before, rose to the top of the organization of the initiative and are forever bonded by that work to save lives.

Confusion reigned with daily decisions about which Robin to call.

Robin Neal spent the entire day, (and some evenings) every day tied to her computer doing registrations, leading the data entry team and later the scheduling team. Married to Tom Neal, she was and is the first and most dedicated volunteer. She registered thousands and taught many to register a thousand more.

Robin Tindall, the Executive Director of the Highlands Cashiers Health Foundation, helped before the vaccine initiative with hand sanitizers for businesses and helped to found the vaccine initiative. She gathered together the Wizards and the rest is history. She led the team, working with partners, marketing, staffing the clinics and kept the volunteers at the call center and clinics fed.

Robin Austin called Tom Neal when she heard about the initiative and asked how she could help on Friday. He needed a call center. It opened the next Monday with three volunteers and soon was staffed with up to 15 a day handling calls and data entry. She started a social media campaign to encourage vaccination, registrations, and recruit volunteers.

The rest is history. The Plateau Initiative had the ability to get it done, seamlessly run big vaccination events and vaccinated thousands of people from the plateau and beyond. Tom Neal was at the top and a brilliant leader… but his three dedicated Robins helped greatly to make the work go well.