Make a Run For It | Highlands Rotary Twilight 5k 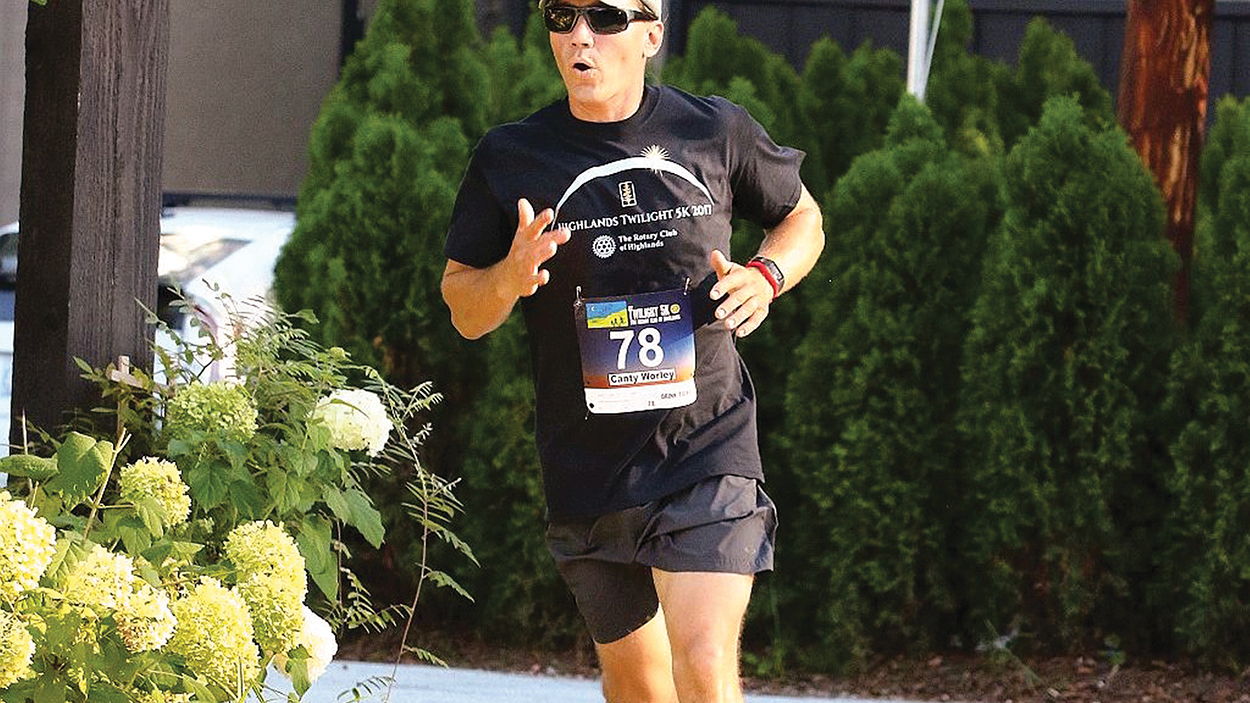 Though it’s fallen victim to the Covid crisis, the Highlands Twilight 5k and 10K Run, originally set for November 28 and now postponed until May, is still the goal for intense training regimens.

Highlands Mayor Patrick Taylor has been a competitor in the annual Highlands Twilight Race since its inception eight years ago.

Mayor Taylor pointed out that although the race has had to adjust to the pandemic, he and many other local and out-of-town runners look forward to its challenging but beautiful course.

That’s why you may expect that the race’s postponement until May of next year would bank some of the fire in his belly.

That discipline and drive at heart of the mayor’s running compulsion has not been tempered by the postponement. If anything, it’s only intensified.

The 5K and 10K races start at Kelsey-Hutchinson Founders Park at 483 Pine Street and end at Fifth Street. The 5K is described as  “undulating and friendly” for beginners or walkers, yet “challenging” for experienced runners. The 10K course is more grueling and climbs Bear Pen Mountain.

“A lot of people in the neighborhoods urge runners on,” said Mayor Taylor, who – pre-pandemic – ran in approximately one race each month spring through fall. “A lot of other races don’t have the variation in the landscape that this one does. Since the pandemic has broken out, I haven’t been able to run in a race so I’m looking forward to this opportunity.”

Last year, at least 350 runners participated and more than $25,000 was raised for local nonprofits, according to Derek Taylor.

Said Mayor Taylor, “The race always has a tremendous impact on the community … one of Highlands’ premier events, like the car show, that give a boost to our nonprofits, supporting very important causes in the local area.”

“It’s with great regret that we need to announce we are postponing the race until 6:00 P.M. May 15 out of an abundance of caution,” says Derek Taylor of the Race Organizing Committee. “We also feel that to keep the quality of the event as you’ve come to expect it; the event needs to be in the evening and include the music and fun. The good news is that hopefully there will be two races next year as long as Covid-19 is still not a factor. Your registration will automatically be moved to the May 15 event. If we cannot have the May event, you’ll automatically be signed up for the August race. Signup at highlandstwilight5kand10k.com.”

The Highlands Twilight 5k and 10k Run, now set for 6:00 P.M. Saturday, May 15, is a fun challenge for serious runners and those who move slightly faster than a stroll. Check out the details and sign up at highlandstwilight5kand10k.com.
View Event Details