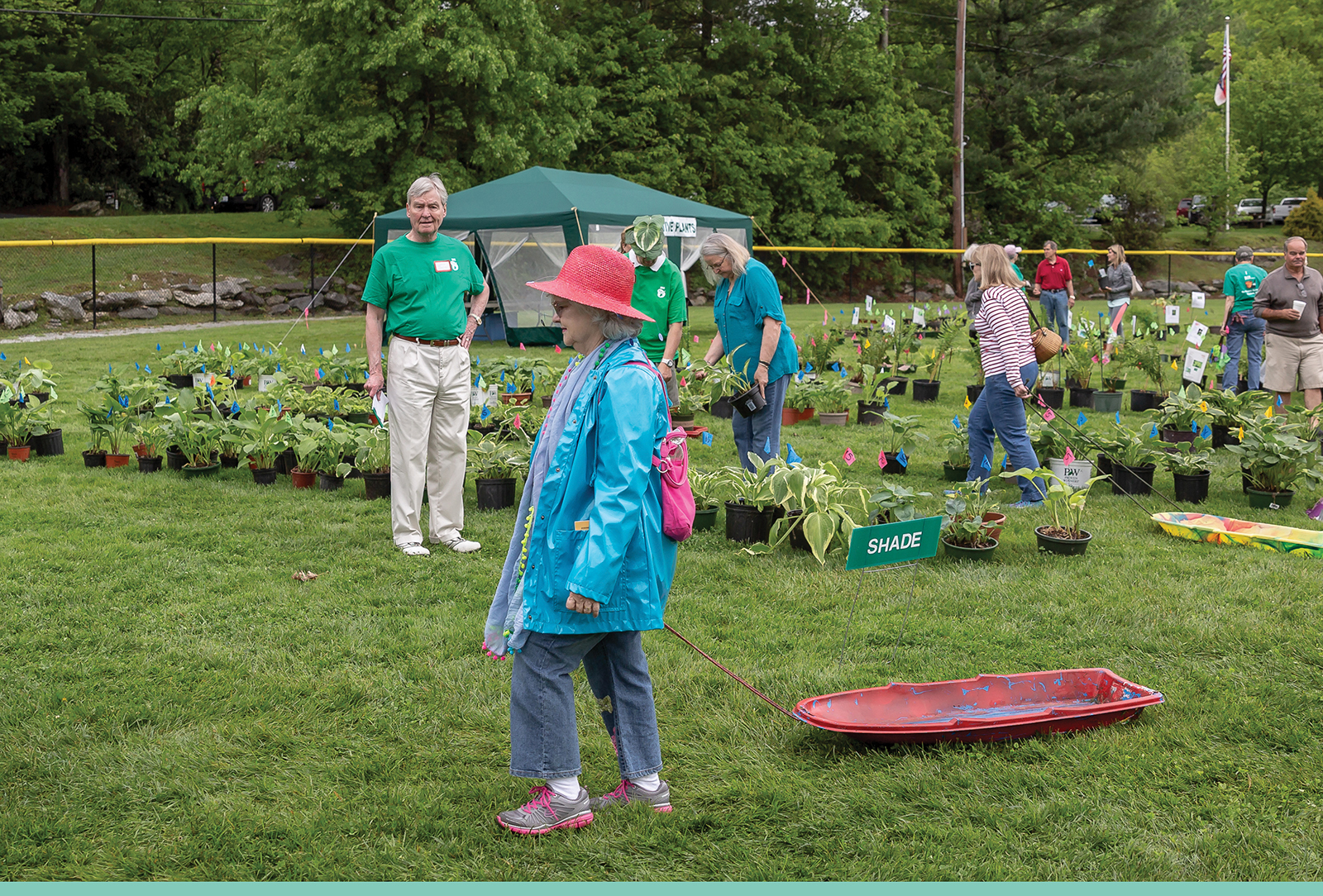 It’s been common knowledge on the Highlands-Cashiers Plateau since the days when Highlands founders Samuel Truman Kelsey and Clinton Carter Hutchinson envisioned the place as becoming a lush agricultural hub – “Don’t plant anything until Mother’s Day!”

That’s because the elevation and a happy combination of geological and meteorological conditions have given the Plateau growing season some very peculiar and particular parameters. It takes a special sort of vegetation to thrive under these conditions.

That’s why the Mountain Garden Club’s Annual Plant Sale is such a red-letter day for local landscaping professionals
and amateurs.

This year’s edition, the club’s 37th, is set for 10:00 A.M. Saturday, May 25, at the Highlands Ballfield (on the corner of Fourth and Hickory streets).

All of the plants offered for sale have been cultivated on patches across the Plateau. That means they’ll thrive despite days of deluge or sudden periods of dryness, or in flinty soil or the rich loam found of the edge of the forest.

But just as important as the plants themselves are the deep pools of wisdom offered by the Garden Club’s members. Each is a veteran of the Plateau’s unique growing seasons and each is delighted to share their knowledge with customers. This year’s event will be staged by 30 or more members, who’ve come to know and understand the hundreds of plants offered.

“Most of the digs and potting sessions are in April and May, with a dedicated watering crew tending the plants twice daily,” says Mountain Garden Club President Ann Lyons Brissey.

Assisting those members are the MGC Young Gardeners from Highlands Middle School. Also in the ranks are the spouses of club members, ready to haul potted shrubs and flats of young plants, and any sort of donkey work that’ll pop up.

It’s a lot of work, but members thrive on the event. It marks the club’s only fundraiser and they put all their energy toward a successful sale.

“We really work hard to ensure that our profit goals are met to support our scholarship and grant recipients,” says Brissey. “Last year we provided scholarships for three college students and are taking applications now for two scholarships given to  students in the Highlands area.

“We also sell dahlia tubers, note cards that feature photos taken by members and specialty shovels  called ‘vicious,’ because they get the job done. We also have ‘vicious’ hand tools for sale.

Of course, this being the Plateau, there’s a rain day in case the event is washed away on Saturday – Sunday, May 26.