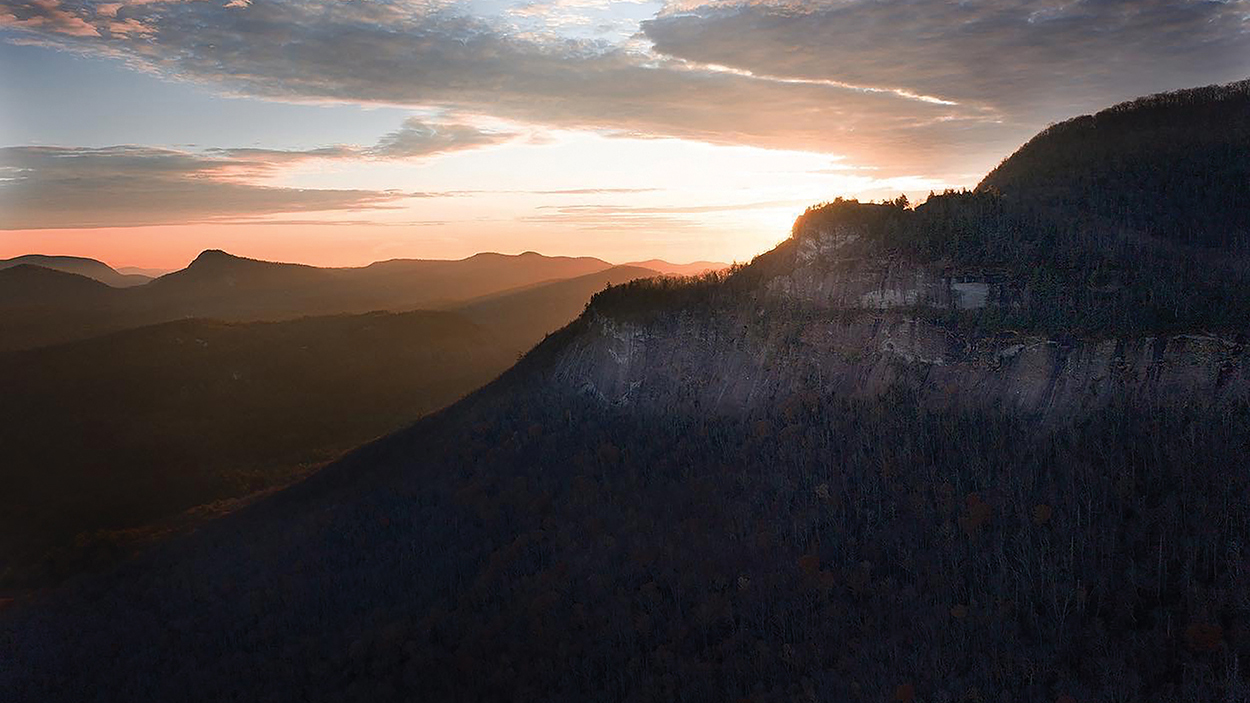 The Highlands-Cashiers Plateau will be thrumming with the sounds of the Bear Shadow Music Festival, April 23-25. Use those rhythms to power your way through two exclusive excursions offered by Highlands Cashiers Land Trust that include guided hikes to some of Highlands’ most beautiful locales.

Finally 2021 has arrived bringing the promise of life after a pandemic, of normalcy and pleasure and festivity.

It lands also with the joyous announcement of a chance to buy tickets to the long-awaited and much-anticipated Bear Shadow Music Festival, scheduled for April 23-25 in Highlands.

And here are the details:

The first round of tickets will go on sale on January 19 to Highlands Festival newsletter subscribers, and will follow with a release of tickets to the general public on January 20.

For music lovers, 2020 will be remembered as the year in which musicians were among those who suffered the most, a year in which festivals, tours and concerts were cancelled and venues closed, pushing the artists and industry to the brink of catastrophe.

And though they continued to believe in the ways in which art can elevate us, finding the energy to broadcast from their bedrooms and backyards, we sorely missed coming together with them, listening to music as it filled an outdoor space. In Highlands, we mourned the loss of the Drew Holcomb & The Neighbors concert, the precursor to Bear Shadow, originally programmed for Spring 2020 and later, the fifth anniversary of Highlands Food & Wine – both among the thousands cancelled across the country.

Devotees and aficionados are known to say it’s only after a song is heard in the open, in motion, that it unlocks an artist.

And so now at last, with the promise of the Spring, Bear Shadow 2021 will give us a chance to feel the music in the old way, from some of the most acclaimed artists of the South – to breathe the shared air, to hear a song live and experience the energy with which it can fuel a crowd. Below is a quick rundown of events to help you navigate “a jam-packed weekend full of music, mountain and revelry.”

Base Camp Schedule: Base Camp is the name for the main music stage and festival grounds for Bear Shadow.  Base Camp is located at Kelsey-Hutchinson Founders Park in beautiful Downtown Highlands.

*Note that gate times may vary contingent upon staggered entry

Also in the planning stage, a guitar clinic and unique “behind the music” style panels from some of the best in the industry. Stay tuned for updates.

Hike & Mic: Bear Shadow has partnered with the Highlands-Cashiers Land Trust for two exclusive excursions that celebrate the partnership of music and nature.  Enjoy a guided hike to some of Highlands’ most beautiful locales, guided by local experts, and then enjoy a special musical “peak” performance by Bear Shadow artists. Times and locations to be announced soon.

Bearfoot In The Park: Join like-minded yoga enthusiasts at Basecamp each morning for yoga, Bear Shadow-style.  It’s funky flows guided by some of the best in the industry and a DJ spinning fresh beats.    Admission will be free, but registration is required and capacity limited.

Rock In Film Fest : It’s all happening at Bear Shadow.  Enjoy viewings of some of the best rock-inspired films ever made including “The Last Waltz” and “Almost Famous.”  Times and location to be announced soon.

Details are being updated constantly. To keep up to date, visit bearshadownc.com