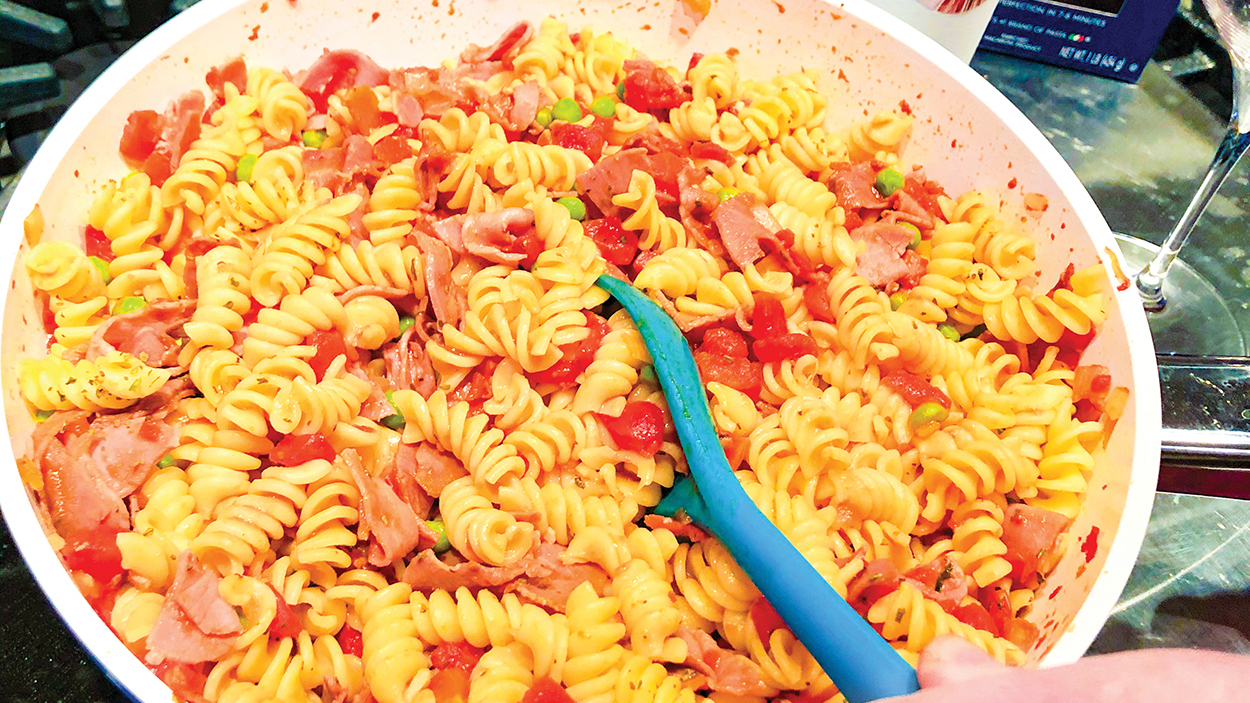 For Glenn Ubertino, every meal that’s centered upon his savory pasta recipe is a valentine to beloved wife Kim and daughter Marley. 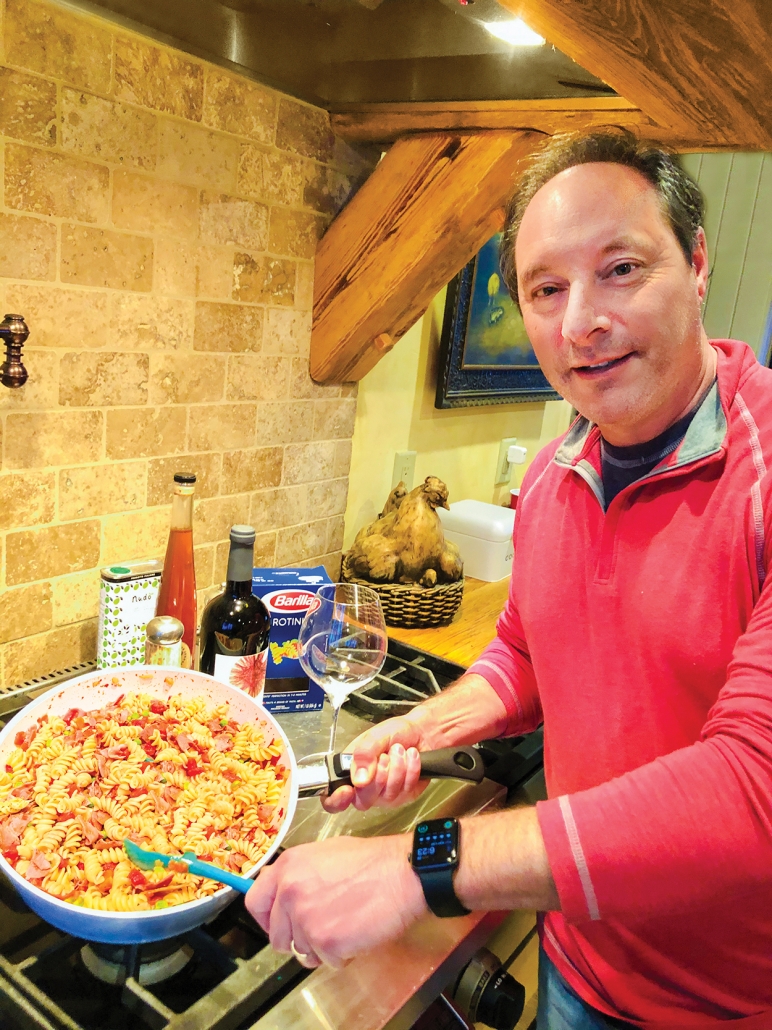 Glenn Ubertino and I were on the phone talking about the pasta dish he makes for his wife, Kim, on celebratory occasions.

I envisioned him smiling, recalling the first time he made what he refers to as “Emanuel’s Pasta,” (a recipe discovered in the magazine at a dentist’s waiting room).

“It was 9 or 10 years ago, for an anniversary celebration, and it was a really special evening.” I could hear in his voice a whole bouquet of notes, of wistfulness and nostalgia, of the pleasure he had in the cooking and sharing.

“I often think back to that night. Its extra special when I make something because it’s not that often,” he said.

And then there’s the community boards he serves on – Vision Cashiers and the Cashiers Area Chamber of Commerce.  Leisure time is spent with Kim, who also works at Zoller’s and The Cashiers Kitchen Company, and their two teenagers, 17 year old Marley, and 15 year old, Ryan. Fifteen years earlier, the couple bought a second home in Cashiers with the intent to retire there. But then five years ago, following a career in corporate America working for big retailers, including Home Depot, the opportunity to buy Zoller’s presented itself, and the family relocation to Cashiers was accelerated.

Here, Ubertino shares with us his favorite pasta preparation – humble, yet elegant, savory and luxurious with plenty of prosciutto.  Ubertino assures us that it’s not at all difficult to create, and the payoff is great.

It’s even more delicious with a glass of Barbera d’Alba from Italy’s famous wine region – Piedmont.

1 28 oz. can Diced Tomatoes in their juice

20 Basil Leaves, shredded or torn, plus extra for garnish

1. Bring a large pot of water to boil.

2. Combine the oil, garlic, onion and crushed pepper in a large skillet over medium-low heat.  Cook slowly, stirring occasionally, until the garlic becomes golden – 3 to 4 minutes.  Add the tomatoes, sauce or puree, along with salt and pepper to the skillet.  Stir and simmer while you salt the boiling water and cook the pasta.

3. Drain the pasta when it is tender but firm, and add it to the sauce, along with the prosciutto and peas. Toss the pasta with the sauce and the basil.

4. Transfer to a serving platter, and garnish with the remaining basil and,  Pecorino Romano.